I believe that the pelvis region is pretty important to daily function. When the surrounding muscles around your core are weak, dysfunctional movement patterns may result causing pain, injuries and muscle tension to arise.

The same thing can happen within the body. Poor pelvic core stability will affect our balance, gait (walk), functional performance and ability to symmetrically weight bear. When examining a patient with pelvic imbalance, we will commonly notice a restriction within the pelvic joints, an increased lumbar curve (duck butt), tight hip flexors, and poor diaphragmatic (belly) breathing. Some may also present low back, hip, knee and ankle problems.

The main muscles that create stability in the pelvis are the gluteal family which consists of gluteus maximus, gluteus medius and gluteus minimus as well as the piriformis and deep core muscles. 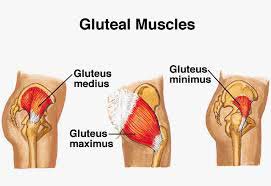 The gluteus maximus is the largest muscle in the body, and for good reason. As a powerful extensor of the hip joint, the gluteus maximus is suited to powerful lower limb movements such as stepping onto a step, climbing or running. It also has several stability roles; balancing the pelvis on the femoral heads, maintaining upright posture, lateral tracking of the knee.

The gluteus medius is extremely important in maintaining frontal plane stability of the pelvis. It also is a key muscle in walking, running, single leg weight-bearing because it prevents the opposite side of the pelvis from dropping during low limb activities.

The gluteus minimus is the smallest of the three muscles and again like the gluteus medius helps to stabilise the pelvis during walking and running.

In order to stabilise the pelvis we need to do a few things:

First off, check in with one of our physical therapists to get your pelvic joints assessed. At the same time they can identify imbalances within surrounding muscles.

Second, address and increase Glute strength with these simple exercises:

Here you lay on your back with knees bent, feet on the ground, squeeze your buttocks and drive your hips up towards the sky, now challenge yourself by trying to perform this with one leg. This movement is fantastic as it mimics the movement your hip performs as you sprint.

Lying on your side with hips and knees bent and knees together, raise your top knee toward the ceiling, keeping your feet together. Hold, then slowly lower your knee. Repeat several times on both sides.

Perform side stepping with a resistance band around your legs (place the band just above your knees).

Feet hip distance apart. Position a dowel behind your back running vertically with the spine. 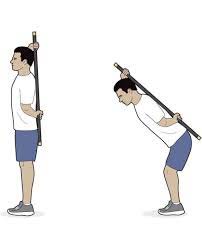 We don’t want you to just survive.

The Thrive team are here to help! Making an appointment online is the most convenient way to lock in the practitioner & time you want.
Book a Class
Book Online